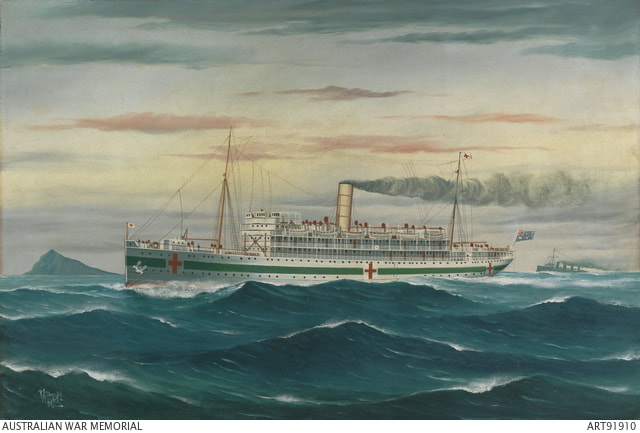 The Australian Hospital Ship (AHS) 'Kanowna' was a AUSNC ship which was a twin-screw steamer built in London in 1903 and was manned by AUSNC Australian officers and crew until she was lost in Bass Strait in 1929. During the First World War it was requisitioned as a troop transport ship, taking the first Australian Naval and Military Expeditionary Force (AN&MEF) to German New Guinea. In 1915 it was converted into a hospital ship with accommodation for 452 patients, 88 nursing staff and 114 crew. From 1915 to 1917 it transported British, Australian and New Zealand sick and wounded between Australia, England and Egypt. Commonwealth control of the ship ceased in 1919.
Powered by